When I moved from my dad's house to San Antonio last summer, I moved into a small, cottage-style apartment of cinder-block construction. It wasn't great, but it was relatively cheap, had four walls, a roof and a working bathroom. Since February 28, the "working" part has been in question. The apartment management would send out their handy-man, who would get the pipes flowing again, only to have it back up again two days (or even only hours) later. This went on for almost two weeks before they finally got in a real plumber.

I had been documenting all of these occurences so that I could legally terminate my lease. But I wasn't expecting to have to move so soon. Last Thursday, the handyman came by to inform me that the lines weren't clogged, they were busted. I would have to move - that day. I had already figured this much out, as my shower water ran up the line into the toilet and left a very nasty mess all over the bathroom floor that morning. I wasn't about to keep living there.

The apartment complex was full to capacity, so they couldn't offer me another apartment. I would have to find another apartment within Jamie's elementary school boundaries. His school did not allow open enrollment, so once you left the confines of its boundaries you had to transfer schools. This was a bit of a challenge, as there are only three major apartment complexes within that area that allow pets - and one of those complexes was the one I was living in. Furthering the challenge was the fact that both the other complexes were expensive.

So, Thursday was a day spent in scrambling for an apartment, calling this complex and that, and generally being stressed out. I finally got an apartment which I could move in to immediately, but then I had to find a way to move my stuff. Lunch time rolled around, so I went to the old place to walk the dog and eat. While walking the dog, I stepped in a pile of poo. Lovely. However, I felt it very apropos as that was a concise summary of how my day had gone thus far.

My boss and his daughter volunteered to help move my big stuff - for which I am eternally grateful. We got enough furniture and clothes to move in Thursday night. In between soccer practice, laundry, visiting my dad (in a city an hour away), getting fitted for a bridesmaid dress and having company coming down from Austin, we worked on getting our stuff out of the old apartment and into the new one. We are very, very tired today.

I just discovered that I could form an agreement with Google to allow them to place content-related advertisements on my blog. In return, I would receive monetary renumeration based on the number of people who visit my blog and click on the ad link. My question to you is, what do you think?

True, I could desperately use some extra cash. What single mom couldn't? But I also know how annoying ads on websites can be. Supposedly I would get to choose what types of products are advertised - in my case, parenting, stuff for kids, Anti-perspirant (please see previous posting, "Stinkbumps really....stinks!"). And the ad links I perused seemed very tasteful and blended very well with the templates. But would advertisements drive you away from my site? This site is, first and foremost, a way for me to stay connected to everyone I know all over the country. But if I could make some cash on top of it, that would be all the sweeter. But I won't do it if it keeps all of you from stopping by for a chat. 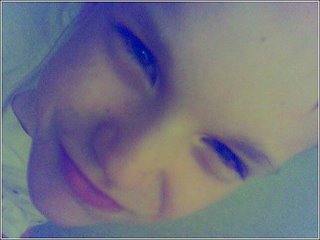 Guess I better start saving money now so I can afford to feed him when he IS a teenager!
Posted by Jenn-Jenn, the Mother Hen at 3/01/2006 2 comments: