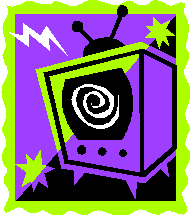 I don't get to watch a lot of TV.  I'm busy.  But I am passionate about what I do watch.  To that end, here's my list of five recent developments in TeeVeeLand that make me tail waggingly happy.
1.  Haven (SyFy Network) has been picked up for a second season.  I like everything about this show.  It's got funny, it's got spooky, it's got scary... and it has Eric Balfour and Lucas Bryant shirtless.  'Nuff said.
2.  Warehouse 13 (also from SyFy Network) has been renewed for a third season.  I've seen several recent reports confirming this.  There also are reports of stand-alone holiday specials being forthcoming for WH13 and "Eureka".  This makes me happy, as I love the show but was very unhappy with how Season 2 ended.
3.  A new season of Mythbusters just started.  YAY!!!!
4.  A new season of Bones just started.  Again, YAY!!!!!
5. The new season of Dirty Jobs (ohhhh, Mike Rowe, you are so dreamy!) will start Oct. 19.  Whee!
There are a few other shows that either have started airing new seasons or will soon, but I won't list them here.  Some of them are my "dirty little secret" addictions.  Others I won't list because... well, that would screw up the whole "five things on Friday" motif, wouldn't it?
What about you?  What are you excited about in TeeVeeLand?
Posted by Jenn-Jenn, the Mother Hen at 10/08/2010

Notice a theme? I also like the CSI's, but am burned out on Law and Order.

My friend, Jen, you are such a geek!!! I mean that as a compliment! All the sci-fi, myth busting, Bones--more science there---stuff. By the time the kids are asleep and I'm able to watch adult t.v., I mainly view things that don't involve me participating in a prolonged thought process. My top 5 in no particular order:
1. The Office
2. Undercover Boss
3. Modern Family
4. Survivor
5. The Mentalist (okay, some thought required there, but I also have tivo.)

In the summer I watch cop shows like Rookie Blue and Flashpoint. (Love Flashpoint!)

My five:
1. Supernatural
2. Doctor Who - Christmas special coming!!!
3. Being Human - Coming to SyFy (which is nice because BBCA started showing them at the second season)
4. Eureka/Haven/WH13 - Love them all!
5. Top Gear - So funny!

I think most of my Syfy stuff is summery, though I watch a lot of it. I... kinda watch a lot of everything--all DVR'd so I can watch it and do other stuff and skip commercials, but still.