Saturday, November 17, Joel picked us up right on time at La Guardia. It's so good to see him after so long! Then we rode a bus and the subway, then walked a bunch and got back to his apartment. We basically dropped our stuff and headed back out again. We walked up 9th Avenue to Central Park, then cut across to the Met. I forgot to take my camera with me, so no pictures of Saturday's jaunt. I blame only having had one hour of sleep for my forgetfulness.

Sunday, we headed to the Museum of Natural History, where we saw a cool film in the planetarium about cosmic collisions, and Jamie got to explore to his heart's delight about space. Then we went over to the part of the museum which was featured in "Night at the Museum." He was really excited about our wanderings there, even if the pictures don't show it. I think he's entered that stage where cameras are the enemy.

You know what? I'm going to be lazy and merely show you what we did in NYC, instead of telling you. 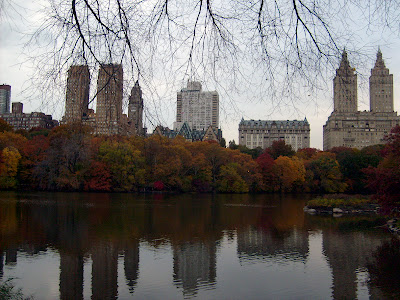 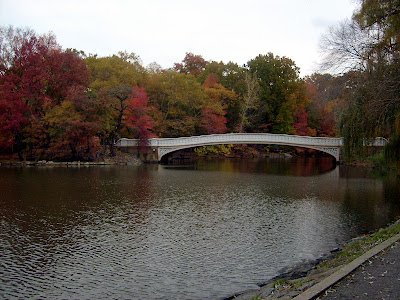 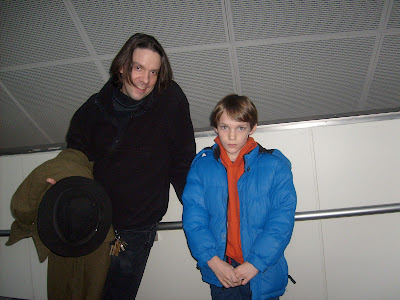 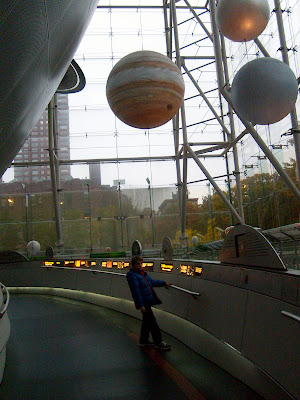 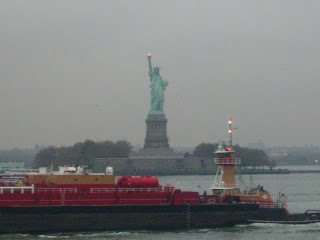 More pictures and more details on the NYC portion of the trip, as well as a rundown on our Kentucky visit, later.
Posted by Jenn-Jenn, the Mother Hen at 11/29/2007

Originally my wife Anna and I were planning on going to Switzerland again, but your pictures have inspired me to plan a trip to New York for next spring instead. Anna has never been to New York despite me having visited several times and it high time that she gets there.

Pretty incredible though that I can go to Switzerland for a week and it cost less than going to New York for a long weekend.

Beautiful photos! I can't BELIEVE how many leaves are still on the trees there. Very cool.